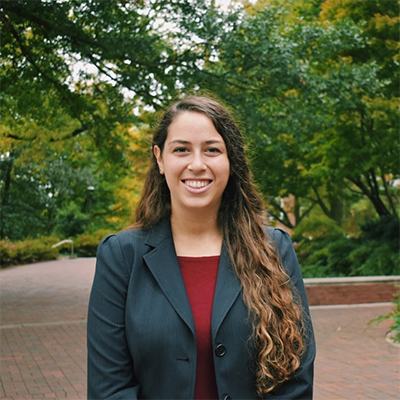 Kaylin chose the School of Economics at Georgia Tech because of the program's emphasis on statistical quantitative analysis and its proximity to cutting-edge technology and innovation.

Kaylin wants to create an economic reform in the fields of the future, specifically in the intersection of the climate crisis, social enterprise, and income inequality, and Georgia Tech's program encourages its students not just to theorize about how to create a better world, but to do the work to make it a reality.

Why did you choose Georgia Tech and the School of Economics?

I chose the Georgia Tech School of Economics because of the program's emphasis on statistical quantitative analysis and its proximity to cutting edge technology and innovation. I want to create economic reform in the fields of the future, specifically in the intersection of the climate crisis, social enterprise, and income inequality, and Georgia Tech's program encourages its students not just to theorize about how to create a better world, but to do the work to make it a reality.

Have you participated in any research projects? If so, describe them and your role in the project?

For the past 10 months, as the student lead for the Women of Earth film project, a part of Dr. Kirk Bowman's VIP: Global Social Entrepreneurship, I have worked directly with a network of Brazilian filmmakers and community leaders in order to globalize their project to increase visibility and infrastructure for women’s maternal health, indigenous rights, and female representation in rural regions of Brazil.

My team and I act as impact producers for the film Women of Earth, coordinating global screenings, discussion panels, and hopefully a Webinar in the near future. Any funds we raise in the process goes back into the communities shown in the film. Some of our clients have included indigenous midwives in Australia, environmental activists in Seattle, and a female empowerment organization in Singapore. So far, we have coordinated over 20 community screenings, and been accepted in 17 film festivals.

What made you become involved with VIP@GT?

Vertically Integrated Projects (VIP) Program is a transformative approach to enhancing higher education by engaging undergraduate and graduate students in ambitious, long-term, large-scale, multidisciplinary project teams that are led by faculty. The program has been rigorously evaluated and refined over more than two decades. 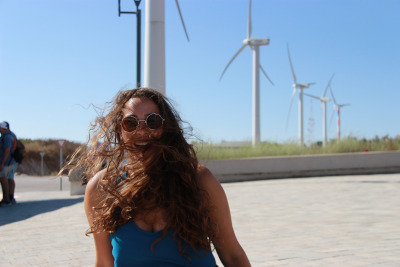 I got involved with VIP at Georgia Tech specifically to work with Rise Up & Care, the umbrella social enterprise under which all of the VIP's projects operate. I learned about Rise Up & Care in two different classes I took with Dr. Bowman, and I was immediately drawn to Women of Earth as a project because it is a project which centers around the power of matriarchs.

The traditional midwives whose stories are shown in the film inspired me to "resist with affection," a theme expressed throughout the film. The aim of Dr. Bowman's VIP is to create change by investing in incredible local leaders around the world, and VIP at Georgia Tech operates in a similar format by investing in us students and giving us the freedom to collaborate, innovate, and care deeply about a project larger than us.

I like to spend most of my time outdoors, either car camping, backpacking, or even just climbing trees around campus. I also love gardening, meeting new people, interfaith discussion, and exploring ATL on my bike.

What are your plans after graduation?

After graduation, I hope to work in the field of Environmental Economics, specifically on climate solutions and renewable energy markets. I also have tentative plans to hike the Appalachian Trail!