Immunization in Times of Armed Conflict 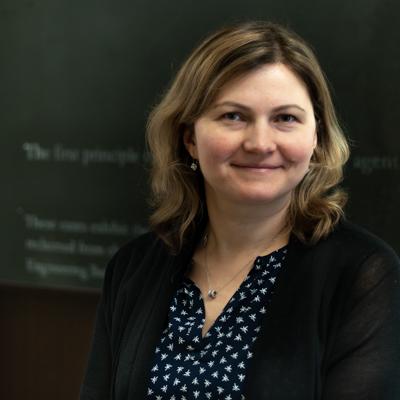 Armed conflicts – whether local in scope or nationwide – undermine a country’s health systems. In wars, the health of children is generally affected, both directly and indirectly, via increased sickness and disrupted child vaccination programs. A new study by Olga Shemyakina, a professor in Georgia Tech’s School of Economics, reveals how armed conflicts reduce child immunization rates. She uses health data from 15 conflict-affected countries in sub-Saharan Africa and compares children aged one to five who had varying degrees of conflict exposure in their first year – a time when key vaccinations are given.

In sub-Saharan Africa, in 2015 alone, 12 countries experienced some type of organized armed conflict. Fighting affected an estimated 143.6 million people living within 50 km of one or more violent events. Using a multi-country research design, Shemyakina suggests several channels through which vaccination rates are affected during conflict, offering policy implications for the design of postwar immunization strategies.

The detrimental impact of violent conflicts can extend well beyond the battlefield: vaccination and disease exposure early in life are considered important determinants of long-term public health outcomes. Multiple single-country studies have found negative effects on child immunization, including in Angola, Iraq, Afghanistan, Nepal, Nigeria, Sri Lanka, and Sierra Leone. The reported effects range from a slowdown in the growth of immunization to significant real drops in conflict areas.

The study offers two key findings. First, that minor conflict (25-999 battle-related deaths per year) have been associated with an increase in immunization rates while major conflicts (1,000+ battle-related deaths per year) have been associated with a decline in the rate of full immunization. (Full vaccinations are defined by the WHO as tuberculosis, polio, diphtheria, tetanus, and pertussis protection administered in a child’s first year.) The improved rates of vaccination (during smaller armed conflicts) is most likely driven by help from governmental or NGO health providers.

Major armed conflict, on the other hand, is associated with declining vaccination rates. This speaks to large forces like national-level decline in public health expenditure or breakdown in transportation. Cold storage of vaccines may not be possible when the electric grid fails, or military-imposed curfews may inhibit the movements of vaccine workers.

"Public Health and Armed Conflict: Immunization in Times of Systemic Disruptions" appeared in Population and Development Review in November 2021.

Explore more featured research from the School of Economics, such as Dr. Shemyakina's previous work on land reform and child health in the Kyrgyz Republic.